Day 2 of our field trip was spent exploring the NE mainland coast in scorching sunshine. We discovered many a voe (Shetland-speak for a small sheltered bay) both with and without harbour seals basking in the heat. The seals have stunning homes here, in crystal clear waters peppered with bladder kelp. The extremely convoluted shore makes you wonder about the effort that orca must put in to finding and catching them!

Each time we found a place with a wide view of the sea, we conducted a 30-60 min watch for marine mammals. Land-based watches are easy for anyone to do: all you need is a bit of time at a coastal location, a recording form, watch and a pair of binoculars – I would recommend 7-10x magnification with 50mm lense to get a wide view for scanning. You also need to be able to record your position, which these days is really straightforward to find out if you have a smart phone. I tend to drop a pin in Google maps, scroll down on the pin info, and copy the decimal coordinates (e.g. 60.38695, -1.07496).

As for forms, there are an abundance of interesting research projects to choose from. We of course use the ECOPredS forms which anyone observing seals and/or killer whales in the UK are welcome to. The forms are similar to those by Sea Watch Foundation and Hebridean Whale and Dolphin Trust, but with additional information about seals and other potential prey to killer whales. We share data with both organisations so there is no need to report sightings to multiple places. This week (27th July – 4th August), Sea Watch hosts the National Whale and Dolphin Watch, with land-based watches organised all over the UK. In Scotland you can also take part in Whale and Dolphin Conservation Society’s Shore Watch, or download the just-launched Beach Track App by the Scottish Marine Animal Stranding Scheme.

At Lunning head, our efforts were rewarded with a close encounter with a minke whale. The whale was swimming in a large circle near three fishing boats, which Steve as a keen fisherman himself identified as targeting mackerel. Each time, the whale took 3-4 breaths and then disappeared for a longer dive. The whale started off about a 1 km away, but drew closer in so that in the end we could hear its blow before actually seeing it! With again perfectly clear water, we could watch the whale’s body underwater with the white flippers shining through.

In the afternoon, a potential orca sighting was made south of Fetlar, four animals, so we headed to Lunna Ness on the north mainland for a watch. The headland turned out to be a bit of a boggy hike, but at the top we had 360 views both towards Yell Sound and Whalsay. Fetlar was only visible through the haze, so if we were going to see them, the whales would have needed to swim south.

In the end, we had no luck in spotting more than another minke in the sound. Some populations of killer whales do attack minke whales too, indeed I was lucky enough to see one being devoured north of Iceland few years ago. So today was definitely one for mapping potential prey and their habitat, rather than the predators! 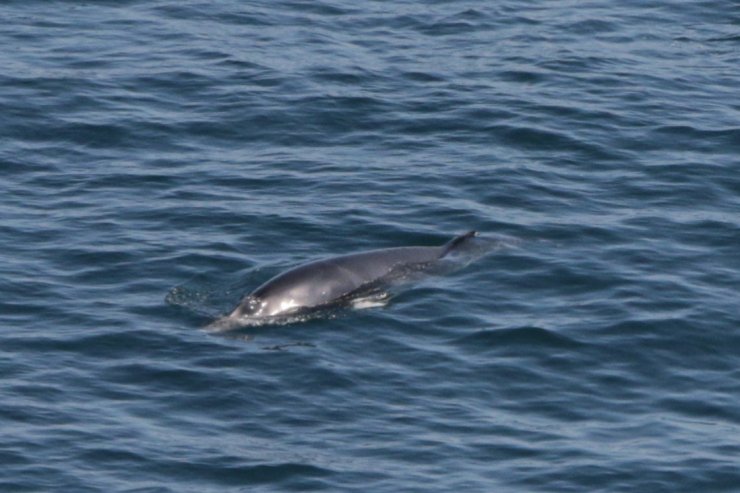 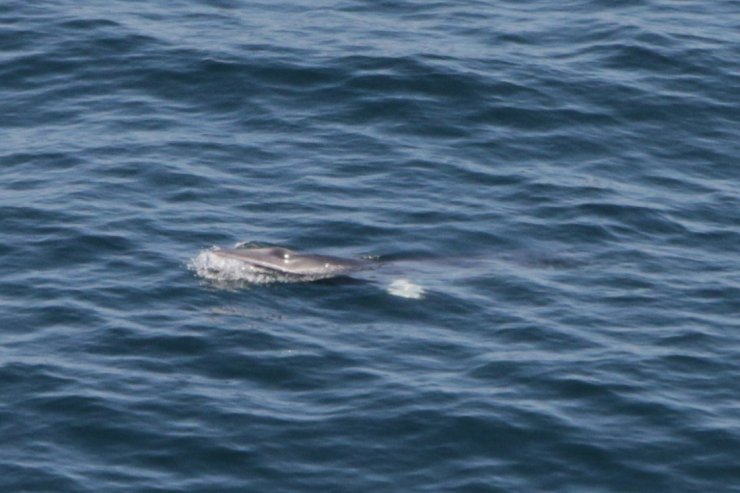 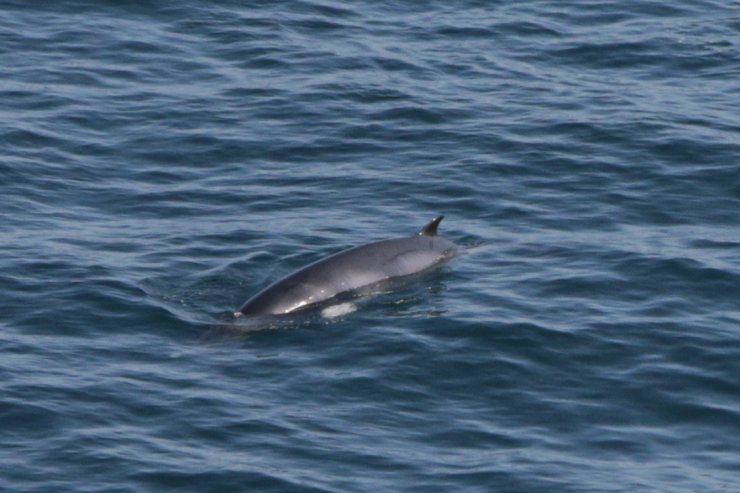